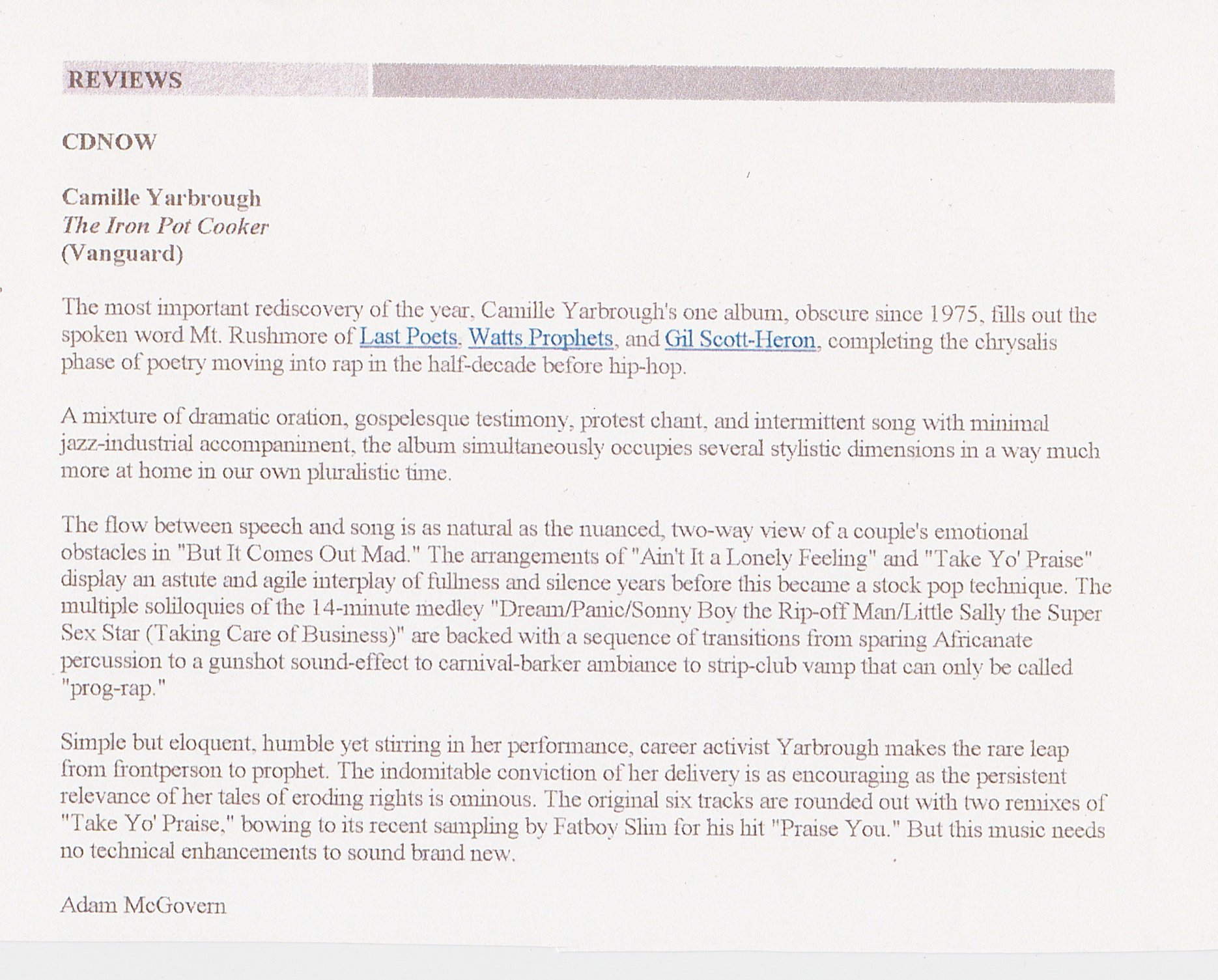 The most important rediscovery of the year, Camille Yarbrough’s one album, obscure since 1975, fills out the spoken word of Mt. Rushmore of Last Poets, Watts Prophets and Gil Scott-Heron, completing the chrysalis phase of poetry moving into rap in the half-decade before hip-hop.

A mixture of dramatic oration, gospelesque testimony, protest chant and intermittent song with minimal jazz-industrial accompaniment, the album simultaneously occupies several stylistic dimensions in a way much more at home in our own pluralistic time.

The flow between speech and song is as natural as the nuanced, two way view of a couple’s emotional obstacles in “But It Comes Out Mad.” The arrangements of “Ain’t It a Lonely Feeling” and “Take Yo’ Praise’ display an astute and agile interplay of skillfulness and silence years before this became a shock pop technique. The multiple soliloquies of the 14-minute medley “Dream/Panic/Sonny Boy the Rip-off Man/Little Sally the Super Sex Star (Taking Care of Business)’ are backed with a sequence of transitions from sparing Africanate percussion to a gunshot sound-effect to carnival-barker ambiance to strip-club vamp hat can only be called “prog-rap.”

Simple but eloquent, humble yet stirring in her performance, career activist Camille Yarbrough makes the rare leap from front person to prophet. The indomitable conviction of her delivery is as encouraging as the persistent relevance of her tales of  eroding right is ominous. The original six tracks are rounded out with two remixes of “Take Yo’ Praise,” bowed to its recent sampling by Fatboy Slim for his hit “Praise You.” But this music needs no technical enhancements to sound brand new.